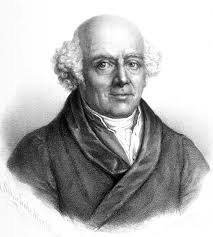 Homeopathy is based on the philosophy that ‘like cure like’ – i.e. a substance that produces certain symptoms when taken in large doses will actually treat those very systems when given in tiny amounts. This principle has been known since the 5 th Century, but was not developed seriously until Dr. Samuel Hahnemann, a German physician chemist and scholar, first began to experiment in the late 18 th Century.

Appalled by existing medical practices of the day which often did more harm than good, he began experimenting with various substances to see how they affected the healthy body. His first experiment involved the use of Cinchona bark. When he took the bark, it caused symptoms similar to those of malaria: sweating, shivering and fever, but when he gave it to a patient suffering from malaria, it relieved the symptoms. His findings led to his first principle of homeopathy.

1. A medicine which in large doses produces the symptoms of a disease will, in small doses, cure that disease.

The results were less than satisfactory due to a high incidence of side effects. So, Hahnemann then decided to dilute each remedy until all side effects disappeared. It was then that he discovered something quite curious, which still defies rational explanation today – the more he diluted the remedy the more profound its effect became. This observation gave rise to his second principle: –

2. By extreme dilution, a medicine’s curative properties are enhanced and all the poisonous or undesirable side effects are lost.

Hahnemann soon came to the conclusion that homeopathy treated the whole person – not just one particular disease – and a homeopath is likely to treat a similar disorder in tow different people with two different remedies. This became his third principle: –

3. Homeopathic medicines are prescribed individually by study of the whole person according to basic temperatures and responses.

The three principles of homeopathy are straightforward enough – but they do different from those conventional medicine. This guide is intended to help those with limited experience become a little more confident and knowledgeable when making decisions and recommendations on which homeopathic remedy to prescribe.